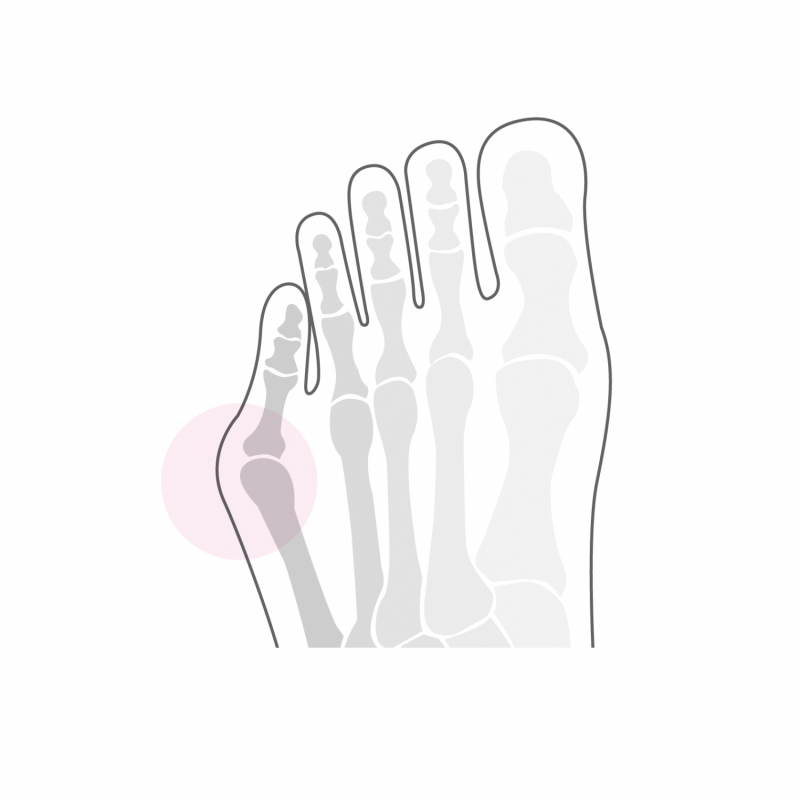 The treatment is first of all conservative and initially consists of adapting the shoes and activities. If the pain and discomfort persist despite these measures, a surgical correction aimed at restoring the anatomical position of the 5th metatarsus can be proposed. It is an osteotomy (bone cut) which allows the head of the 5th metatarsus to be repositioned. The bone correction is fixed by a small titanium screw which in most cases is left in place permanently. The deformation is often bilateral and surgical correction can be done on both sides at the same time.

The procedure lasts between 20 and 30 minutes per side and just as for the correction of hallux valgus, the correction of the bunionette can be performed under general or spinal anesthesia. It can be combined with local anesthesia of one of the main nerves of the foot (popliteal block), which significantly reduces post-operative pain. It takes one to two nights of hospitalization. Walking is done immediately from the first post-operative day under full load in a shoe with a rigid sole to be worn for 6 weeks. The wires are removed 2 weeks after the operation and clinical and radiological control is carried out 6 weeks after the operation.

Resumption of walking in conventional shoes is done from the 7th post-operative week. At that time, physiotherapy treatment aimed at reducing the swelling in the foot and improving the function of the 5th toe joint. Resumption of activities such as swimming, cycling or moderate walking is possible from the 7th week post-operative. More restrictive activities on the foot such as running or longer hikes can be considered from the 4th month after the intervention. The forefoot will continue to refine and heal for up to six months post-operatively and gradually return to full function. A clinical and radiological check at 1 year post-operative allows a final assessment and to end the treatment.