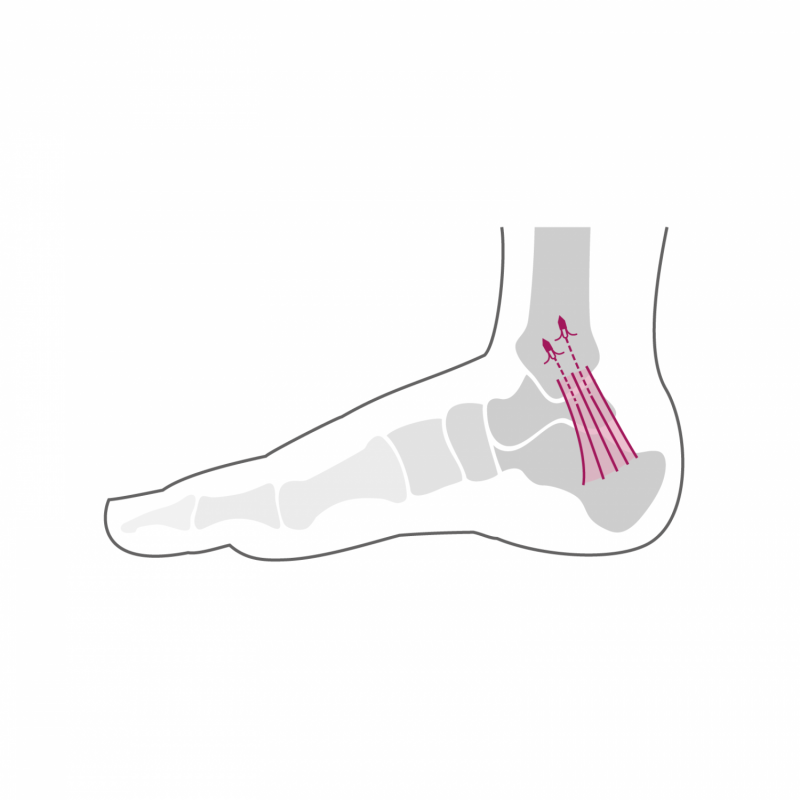 The ankle sprain is the most common injury in sports trauma. If the majority of ankle sprains are treated effectively in a conservative manner, the ligament lesions caused during the sprain can progress in a certain number of cases to chronic instability, requiring surgical treatment aimed at restoring the anatomy. The lateral ligaments of the ankle are most often affected. During the sprain and during the spontaneous repair phase of these ligaments, these can reconstitute in a place different from their original situation and cause insufficiency with a distended ligament which is no longer fixed in the right place on the tip of the external malleolus. This situation then favors repeated sprains and reinforces the feeling of instability. The goal of ligament reconstruction is to reattach the ligament to its original insertion on the bone. The ligament is thus fixed using small titanium anchors introduced into the bone and connected to the ligament by an absorbable wire. In the event of an unfavorable rearfoot axis, in particular in the case of the rearfoot, invarus or "O", a calcaneus correction osteotomy can be associated in order to "protect" the ligament reconstruction.

Such an intervention requires a plastered immobilization period of six weeks, two weeks in total foot discharge and four weeks in partial load of 15 kg. From the 7th week a total load is authorized, and physiotherapy treatment is prescribed in order to improve muscle and joint function. Resumption of sports activities is then done gradually, and the restoration of normal ankle function is possible in most cases.